Who You Gunna Call? 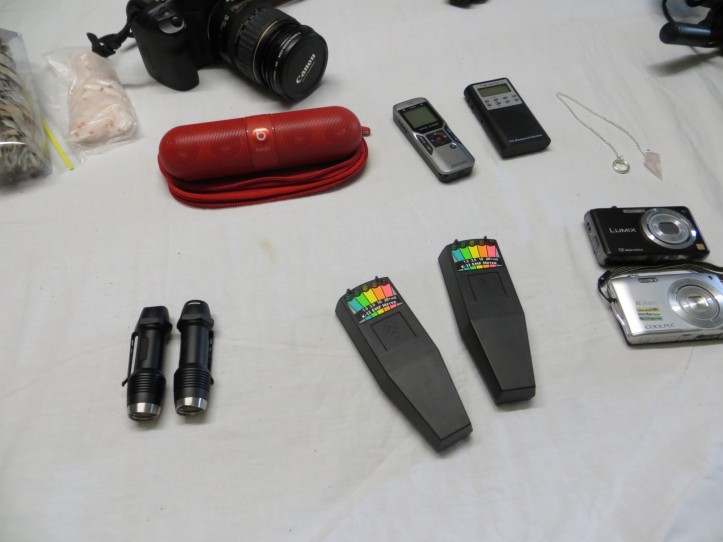 Everyone has at least one ghost story to tell, even me, and I don’t believe in them; mostly.

But my new friends, Phil and Amanda, have decided to get all science-y about it and capture some concrete evidence of Gladstone’s ghostly residents.

Initially they were armed with little more than boundless enthusiasm, some basic cameras and a list of suspected haunted, well, haunts. Then they spent quite a lot of their spare time hanging out in places that would make the hairs on the back of your neck stand up in broad daylight.

So far they’ve managed to gather quite a lot of snaps, videos and recordings which suggest that they, and we, are not alone. See the results for yourself on their Facebook page: Philamanda Gladstone Paranormal

Lately they’ve added some impressive equipment to their kit including heat and electro-magnetic sensors, highly sensitive sound recorders and infrared cameras. But, after hearing about some of their scarier experiences, I’d probably toss a spare pair of undies into the bag as well.

Unfortunately, the one thing that has eluded them more than the sneakiest wraith, has been permission to access the old Port Curtis Dairy building which, according to rumour, is Gladstone’s most haunted building.

In the meantime, if you’ve seen a local phantom or had an eerie ethereal encounter, then Phil and Amanda want to hear from you. As for me, I’ve got my hands full dealing with my own spirits; chiefly the ones emanating from the Bundy Rum distillery.