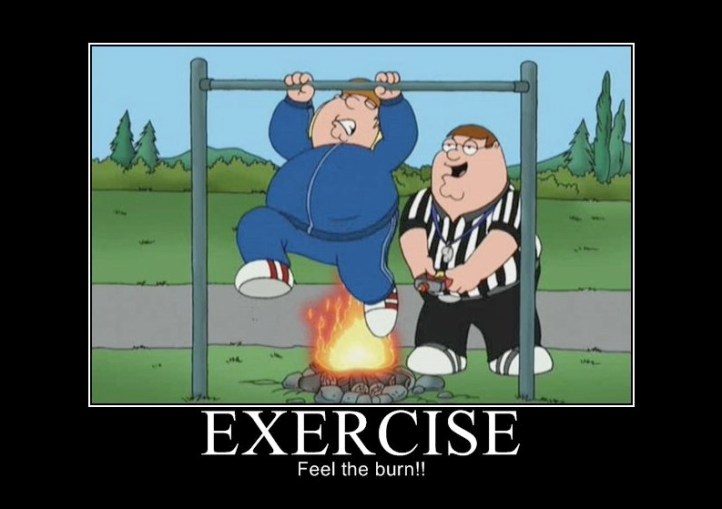 Folks, I love this time of year when traffic vanishes for a month or so, and my morning pedal to work isn’t a panic-filled commute in Gladstone’s Mad Max Death Race.

It’s so quite on the streets that I’ve cautiously ventured onto the roads for a change.

This is a good thing because the footpaths are filling up with morning exercisers. With Christmas approaching faster than an angry Trump tweet, they’re obviously hoping to lose a few kilos before the yearly Yuletide binge begins.

And each morning, more fresh, red faces appear on the path and I’ll nod a cheery ‘Hello’. Most of them nod back and some of the nicer ones even stop their dogs from chasing me.

But recently I’ve noticed a solid, middle-aged woman stomping along one particular footpath each day with a look of fierce determination on her face. I mentally wish her all the best, because there’s absolutely no way I’m going to talk to her.

You see, the last time I tried to encourage a large-ish exercising woman was a few years ago and, looking back, having some grinning, wild-eyed, hairy bloke ride up behind you and announce that he’s been watching you work-out every day and to keep up the great effort, is probably not a good thing.

Like all exercisers, I had the best intentions, but you may not be surprised to know that this was the last time I saw her. To this day I hope that she kept going (obviously on another footpath I don’t pedal along) and continued to lose weight, and didn’t quit or wind up in therapy.

So, if you’re one of the numerous pavement-pounders watching my portly personage puffing past you on a pushie each morning, then please accept this as my sincere, but silent, encouragement.