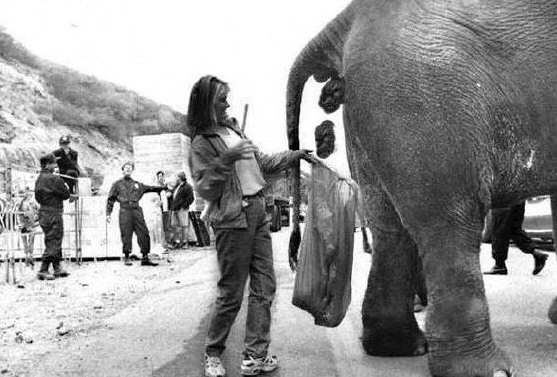 Well, someone’s gotta do it…

Folks, today I’d like to address all the young men and women who finished school last year and are currently looking for work. Good Luck Kids!

I’m not going to lie to you, things are tight out there at the moment. Even though quite a lot of older workers have been made redundant, or have retired, many companies aren’t replacing them. Instead they’re getting the workplace survivors to cover the extra workload, for the same amount of money. Or, in the case of several friends, for almost half the money, but that’s another story.

Anyway, don’t be discouraged, there are still good jobs out there, obviously not as good as the ones where you get paid massive bonuses for slashing staff or wages, but at your age you can’t afford to be choosy. So, my advice is to grab any job, no matter how lowly, that pays actual dollars per hour for your time, then work your backside off.

An old mate of mine started his working life collecting trolleys in a supermarket carpark. I’m not proud of this, but I used to rib him about his chosen ‘career’. Yet, from day one, he was determined to be the best darn trolley pusher they’d ever seen, and that’s exactly what he became.

Eventually they promoted him to the back dock, and he became their best truck unloader. Then he progressed to stacking shelves and so on, until after a several years of solid toil, lots of extra effort and some good luck, he became the manager of a large supermarket in Brisbane. Who was sniggering now!

Well, he was, until a rival mob bought the store and made him redundant. Today, he drives trucks for a living, and now that I think about it, he’s probably not the best example I could have used, but that’s not the point.

It doesn’t matter what you start out doing, turn up each day determined to do your best, learn all you can, and you never know where you’ll wind up!

Boy, I wish someone had told me this when I left school…

Greg Bray didn't come from Gladstone, and moved away from the place forever in his twenties then came back and settled down. He is occasionally surprised to discover he's over 50, still enjoying riding his battery powered pushbike 'Pubtruck III' and getting a buzz from writing and publishing blog posts. He is a huge fan of Bill Bryson, Terry Pratchett, Douglas Adams, Tolkien, Alain de Botton and countless other writers who have made him chuckle (or think) over the years (although he does feel a bit guilty for owning a couple of Jeremy Clarkson books). One day he hopes to bring joy to others through his own scribblings.
View all posts by Greg Bray →
This entry was posted in Local Knowledge and tagged Determination, Gladstone, Jobs, Trolley Pusher. Bookmark the permalink.