Amid all the bad news and online anger lately, three things occurred today which helped restore my fading Christmas Spirit.

To set the scene, this is the first Christmas Eve I haven’t been surrounded by family, noise and kerfuffle.  I’m not going into it, but I live alone now and life is fairly simple.  So simple in fact that I have no Christmas tree, decorations or piles of presents spilling across the floor.

I’m not unhappy with this situation.

Far from it.  In fact, I’ve often wondered what it would be like not to celebrate Christmas, to have a little, much needed, break, read a book, watch a DVD, drink some beer and enjoy a packet of cheese and onion chips (bliss!) 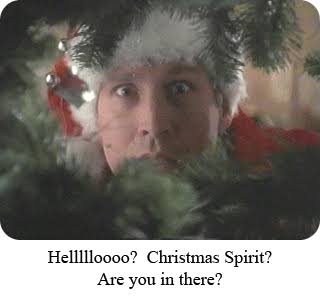 So, with my inner-Grinch firmly in control I plopped down in front of my computer this morning to eat breakfast and scroll through Facebook to see what my family, friends and online tribe were up to.

The first post I read was from a mate who had spent last night watching over his dying father; in the same hospital and very room his wife died in four years ago to the day.

His post was a beautiful tribute to his dad, and the family, friends and nursing staff who have been selflessly at his side since he was hospitalised.

In spite of the sadness of the occasion, he was able to express his thoughts and gratitude in a simple and reflective manner.

I’m not going to lie, there were tears in my eyes by the time I finished reading the post; possibly because there’s a lot of dust in the air at the moment.

Anyway, later in the day, I popped out to the Mt Maurice Rural Firie’s shed where a group of my team mates were risking heat stress to decorate the trucks before dressing up to deliver lollies to the children of Beecher and Kirkwood. 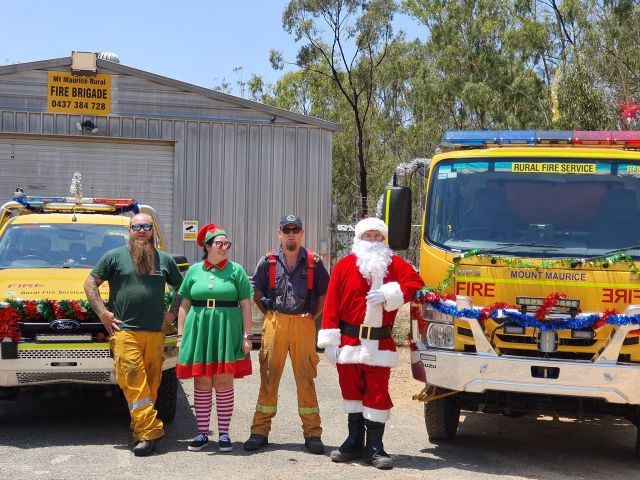 Many of them have been on the front lines of our regions’ fires in the last four months, week in week out.  I don’t think the team has had a weekend off since August, and now they were stepping up once again for a good cause, without complaint or grumbling, just a genuine desire to bring some joy to people’s lives.

As I drove back into town, I considered their selflessness and my eyes grew misty for the second time today; I really must clean the air-conditioning filter in my car.

My last visit was to a family in Mount Larcom.  This time last year they’d been victims of the worst fire to rip through their neck of the woods in living memory.

It was only a miracle of timing that a helicopter appeared through the smoke as the flames leaped through the fence line.  The pilot saved their home, then hovered over their car as they sped to safety away from their devastated property.

They lost sheds, tools, machinery and several cars in the firestorm and since then things haven’t got much better.  But they face life with a stoic calm and resignation that never fails to impress me every time I visit them.

Now, last week we were chatting about how we needed to start our own Australian Christmas tradition and use a gum tree branch for a tree instead of cutting down a pine tree, or worse, putting up a plastic tree.

I’ll be honest, I’d forgotten all about it until I walked into their home this afternoon and saw their tree.

Their three boys had dragged an iron bark branch into the lounge room and, after planting it into a bucket full of dirt, used a drill and glue gun to add some gum tree branches then covered it with the tinsel and decorations that hadn’t been destroyed in last year’s fire.

I particularly liked how the Christmas fairy on top of the tree had been replaced by a penguin and a few plastic spiders were crawling over the cotton ‘snow’!

Underneath it was a small pile of gifts, some wrapped in newspaper.  “It might not look like much,” said my mate, “but the boys worked so hard to make it, I’m so proud of them.”

I felt a lump rise in my throat.

Here, in their hot, little, shack, was the perfect Australian Christmas scene. 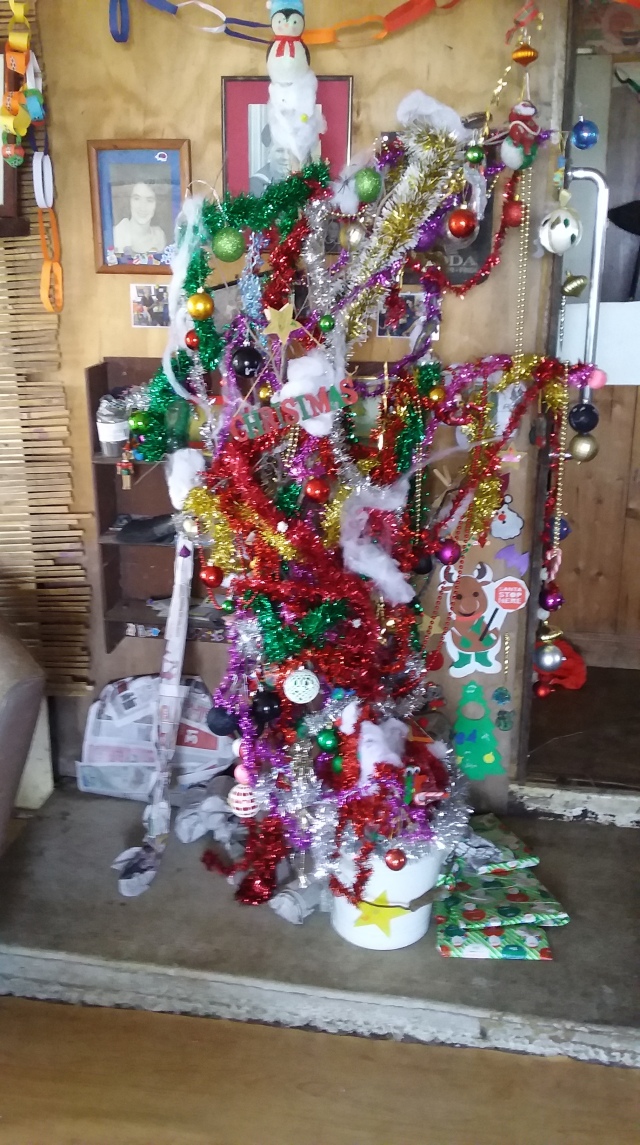 YES!  From now on every Christmas Tree I put up will have a Fairy Penguin on it 🙂

I took some photos, wished them Merry Christmas and we wandered outside to say a final farewell and look for signs of rain clouds on the horizon.

No sign of rain, but we continue to live in hope.

Tonight, sitting here reflecting on the day and the people who made it so special, I’ve had a bit of a rethink about Christmas and the important role it can play in our busy, modern world.

It really doesn’t hurt to have one day each year to remind us of what’s really important in our lives, and that’s worth celebrating; in our own small way.

So with that in mind, Merry Christmas everyone.

Greg Bray didn't come from Gladstone, and moved away from the place forever in his twenties then came back and settled down. He is occasionally surprised to discover he's over 50, still enjoying riding his battery powered pushbike 'Pubtruck III' and getting a buzz from writing and publishing blog posts. He is a huge fan of Bill Bryson, Terry Pratchett, Douglas Adams, Tolkien, Alain de Botton and countless other writers who have made him chuckle (or think) over the years (although he does feel a bit guilty for owning a couple of Jeremy Clarkson books). One day he hopes to bring joy to others through his own scribblings.
View all posts by Greg Bray →
This entry was posted in Blog and tagged Australian Christmas, Christmas Spirit, Mount Larcom, Mt Maurice Rural Fire Brigade. Bookmark the permalink.

3 Responses to An Australian Christmas Yarn